“Some people strengthen the society,
just by being the kind of people they are.”
John W. Gardner 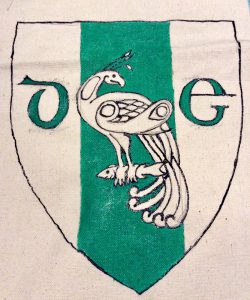 Lady Catherine is a mid to late 16c county gentry widow. she was born 3 days after Henry VIII died the 1547 (name passed in the 47y of the SCA. Seemed fitting) to a Irish mother & an English father..as such she saw the last of the Tudors reign. She likes to read, sew & do needle work. She has been known to dabble in jewelry making. 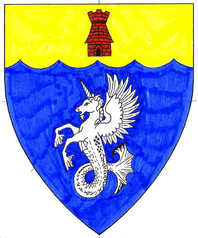 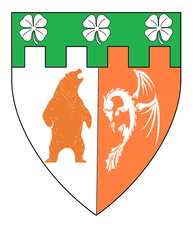 Cristoff de Winter was born in 1367 in Devon, England.  As the fifth son of Howard and Elizabeth de Winter with limited prospects, Cristoff entered military service very young and eventually earned a chirurgeon’s commission.  While serving in Wales, he married Cristyan Gwen. Originally a political marriage, it later became a real love match, and they have four children.  Since completing his military service, Cristoff travels the seas as ship’s chirurgeon the Salty Bluebird.

He has completed the Reaper Challenge via heavy combat (100 days consecutively striking a pell 100 times). This challenge is not official, but simply a personal challenge of self to push and see what you can do.

He is Squire to Sir Adric Morwen 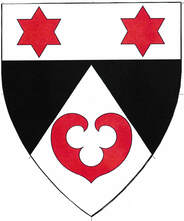